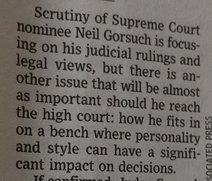 ,This opening paragraph in a Wall Street Journal article about the nominee, Neil Gorsuch, piqued our curiosity as handwriting analysts, to see how he would "fit in" to the group.  Our goal is to collect samples of all the current Supreme Court Justices, and this nominee, for graphological study.   More details as we gather our materials.
According to the website:  https://www.supremecourt.gov/about/briefoverview.aspx , there are 8 Justices that make up our United States  Supreme Court:
Members:
Chief Justice of the United States:          JOHN G. ROBERTS, JR. 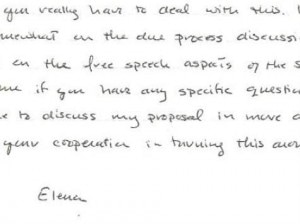 Handwriting of Samuel A. Alito, Jr